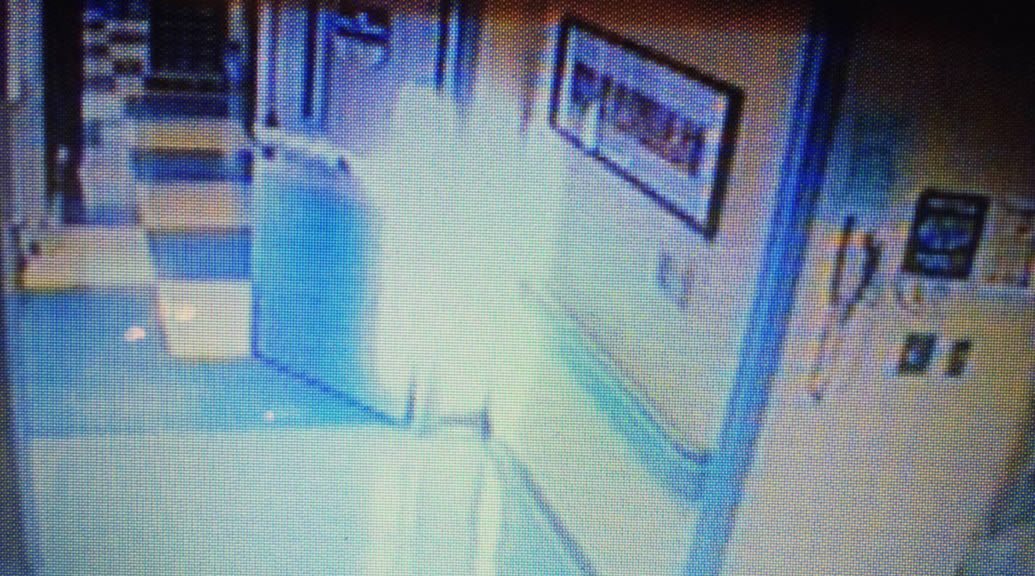 This very fine linen is allegedly the burial cloth that was wrapped around the dead body of Jesus Christ.  It has been studied intensely by many scientists since 1978.  There has been much controversy and many misunderstandings.  So why is this artifact so important?  First of all, it would validate the Biblical account of Jesus being scourged, tortured, beaten, and finally crucified – giving much credibility to the Biblical story with physical evidence.  Secondly, it also would provide physical evidence toward validating a supernatural event – the resurrection of his body and how he mysteriously disappeared from his tomb.  It strengthens the faith for many people when we actually have physical evidence to confirm the details of such Biblical stories.

Luke 23, verses 50-53, describes the body of Jesus being wrapped in a fine linen shroud from the wealthy Joseph of Arimathea – who had also donated a wonderful tomb for the body.  This exquisite “dining table cloth” measures 14.3 inches long by 3.7 inches wide – or exactly four cubits by one cubit in the ancient method of measurement for that time period.  It was considered a table cloth because of its dimensions and the drip patterns found on one side.   Jewish custom had people recline at the table on one side as they were to be served from the other side (as pictured in the Last Supper painting).  Textile experts established that its distinct “triple herringbone weave” is consistent with fine, first century weaving. (77:10) Some researchers even theorize that since the drip patterns of sauce or wine had not been cleaned from it yet, that, perhaps, this was the dining cloth from the Last Supper.  In any case, it was definitely one of the finest and most expensive linens of its day. (76)

Researchers reveal that the man’s image on the cloth indicates that he was 5’11” tall, about 175 lbs., and approximately 30-35 years old.  Due to the publicized Carbon 14 dating test performed in 1988, many began to believe instead that this was some kind of medieval artistic creation — since the test suggested that the shroud was no older than 1290-1360 A.D.  However, that carbon-dating analysis failed to pass peer-review of fellow scientists and was never published in any scientific journals due to serious flaws in the testing procedure (The results were actually published, instead, in Nature Magazine).  Here are the reasons that scientists listed for questioning, challenging, and rejecting this Carbon 14 testing: (76)

It is important to understand those serious flaws and potential contaminations for any carbon-dating test.  That was the only scientific test in over thirty years that cast any doubt upon the shroud’s authenticity.  Sadly, it seems to be the most publicized because it suggests a hoax and gave skeptics and atheists the “evidence” they desired.  However, the above facts are certainly more than enough reasons to discard the infamous 1988 carbon-dating tests – and thus eliminate the only known challenge presently to the shroud’s authenticity.

“I have been involved in the invention of many complicated visual processes, and I can tell you that nobody could have faked that image.  Nobody could do it today with all the technology we have.  It’s a perfect negative.  It has a photographic quality that is extremely precise.” (78:198)

In the late 1970’s an electronics engineer, Peter Schumacher, developed a sophisticated topographical device for NASA’s space program called the Interpretation Systems VP-8 Image Analyzer.  It translated a monochromatic tonal scale of the photographed surfaces of planets into layers of vertical relief.  In other words, it could examine a flat photograph of a three-dimensional object and convert it into a three-dimensional image.  When a regular photograph is analyzed, it “collapses and distorts.”  But when Dr. John Jackson analyzed the shroud image with the VP-8 device, it was consistently and uniquely three-dimensional:

“The results are unlike anything I have processed through the VP-8 Analyzer before or since.  Only the Shroud of Turin has ever produced these results.  One must consider how and why an artist would embed three-dimensional information in the grey shading of an image when no means of viewing this property of the image would be available for at least 650 years.  Would an artist produce this work before the device to show the results was even invented?  No method, no style, and no artistic skills are known to exist that can produce images that will induce the same photogrammatic results as the shroud does …” (78:199)

Other details validate this image as truly being the image of Jesus Christ: (76)

Were the blood stains real human blood or added later by artists?  Pathologists and scientists all agree with the following summary:

“Microchemical, fluorescence, and spectrographic tests reveal that the stains are human blood, type AB.  They resulted from real bleeding from real wounds of a real body that came into contact with the linen.  The distinctive forensic signature of clotting (red corpuscles around the edge of the clot and a clear yellowish halo of serum) is clearly present.  Some of the blood flow was venous and some was arterial.  Most of the blood flowed while the man was alive, and it remained on his body.  Some, however, clearly oozed from a dead body.” (78:200)(77)

All of these scientific and medical facts present overwhelming evidence to suggest that this is indeed the burial cloth of Jesus Christ.  But the Shroud of Turin also documents a supernatural event that confirms the foundation of the Christian faith – the Resurrection of the Son of God.  If the Bible story is valid, then the Shroud MUST provide clues to this supernatural event.  Here are what the scientists discovered: (76)

What kind of supernatural light appears in a totally pitch-black tomb?  How does anybody disappear from within a wrapped linen without unfolding it and smearing blood everywhere?

Matthew 28: verses 2-4:  “For an Angel of the Lord descended from heaven, and as he approached, he rolled back the stone and sat down on it.  Now his appearance was like lightning, and his vestment like snow.  Then, out of fear of him, the guards were terrified, and they became (immobilized) like dead men.”

The majority of the scientists involved with all of the testing and analyses with the Shroud of Turin were generally atheists or agnostics.  According to Father Francis Peffley, by the time their research ended, 95% of them had become Christians. (76) And yet, there is still another artifact that validates the authenticity of the Shroud of Turin …